Roberto Rosetti: "VAR In Champions League, we are ready"

«We had a very important duty: we wanted to anticipate the times and give referees and European football an important tool to reduce errors, a benefit for all  clubs and the referees themselves. We did it ». The VAR is about to make its debut in  the Champions League and Roberto Rosetti, already responsible for the same project at World Cup, explains this revolution. 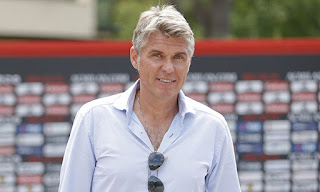 It was time, wasn't it?
«Nowadays football is  increasingly fast, technical and difficult to read, therefore it is inevitable to have support from technology. A goal in clear offside or scored with the hand would no longer be accepted. Never forget, however, that VAR is not perfect, it does not solve all the problems. Like it happens on the field, also behind the video there are always men who can make mistakes, but with training and the future specialization of the role this will happen less frequently. VAR will be decisive on objective situations such as offside: here it is impossible to demand 100% human accuracy. VAR will also solve a big problem.».

What problem?
«That everyone in real time can review what has happened, and the only person who should, to decide the best, can not do it. Do you know what happens very often? At the end of a game the referees immediately go to read the messages of friends, to understand how their game was. Unfortunately, at that time, they can't change anything».

People against VAR can say: time is wasted, football loses its beauty...

«No, as it was highlighted by IFAB studies on over a thousand games. You lose a lot more time for free kicks (almost 9 'per game), substitutions, goal kicks (6'), throw-ins (7 '). But then, if we ask a player, a coach, a fan, if he is willing to lose a minute and a half to make a correct decision, what would he say? I would answer: even two minutes. It is used to eliminate serious fouls and violence, to safeguard the beauty of the game and the players' safety. Protests and simulations have diminished. And the lost time can be entirely recovered ».

VAR would have made it comfortable for you at 2010 World Cup, when your assistant referee allowed a goal that was offside.
«Sure. I asked Serie A referees to think about the three most serious mistakes of their career and if they could have been resolved by VAR: it turned out that the technology would have corrected 94% of their mistakes. It is on the clear and obvious mistakes that a career can be decided. There is no referee who does not want VAR, because it is also for a personal benefit ».

Main referee could maybe lose centrality.
«He will not lose it. He will always decide. VAR officials can only recommend a review. It makes no sense for a referee to make decisions in the dark, unless they are objective. He must review, decide and explain to the players».

How would you describe the figure of a typical Champions League referee,  nowadays with VAR?
«Strong leadership and personality. Use of VAR and communication skills. He must be able to question himself because, in case, he must have the strength to change his decision. Of course he must be tactically and technically prepared, be an athlete and be able to manage his "team" ».

How to assemble referee's teams for Champions League?
«It depends on the cases and the experience in the project. The main goal is that they speak the same technical language. For the specific language, there is English, but if possible we will create teams from the same country. For example, Rocchi could have his Italian team.».

Will it be a less "spectacular" VAR than the one used at 2018 WC?
«We will have a main VAR and a VAR Assistant to the video, as it is in all the European leagues; not 4 like it was at WC. They will also work on site, in a well-equipped van in the stadium. Centralized management is not possible due to connectivity issues. And there are about fifty TV for every game».

Ceferin has changed his mind from September to November. Of course this was good, but very surprising for us.
«The president has a strong sense of responsibility towards European football. He is a serious person. He needed guarantees and reassurances, because every nation has its own broadcaster, and technology. I gave my disponibility on the referees. He did well to change his mind when the situation changed ».

Let's talk about the protocol.
«It says clear and obvious mistake. The protocol is unique all over the world, but then you have to apply it. It defines the general picture and says that VAR must intervene only if the video shows an error. We give specific technical guidelines for each category of situations. And it is important to explain and communicate to the insiders but also to the fans. Take, as example, the hand ball issue ...»

Not easy to manage.
«When the arm is close to the body, or in a natural position due to the dynamics of the movement, it is not to be punished. Different if the arm is far from the body in an unnatural position or even above the shoulders. The defender can not expand his body using his arms to make an obstacle. VAR intervenes when the video contradicts the referee's decision and does not coincide with the interpretative guidelines. IFAB is working to define the whole better. »

And the offside?
«It is perfect for VAR because it requires an objective evaluation. We have the best 3D software, CrossAir, that defines the body projection on the field as more accurately as possible. This will solve the problem. And technology will soon give us more refined tools ».

At WC it seemed that the protocol was more flexible: when in doubt, check the video. Is that correct?
«I do not like the definition" in doubt go and see ". It is inaccurate. You need to have images and evidence for a VAR control to make sense. It does not have to be a sop. When a contact is low and obvious, like a trip or step on the opponent, there is always an interpretation supported by an image that highlights the fact, and you can intervene, perhaps widening the concept of "clear and obvious". Instead, on the contrary, an upper contact like pushing, holding, depends on intensity and strength and VAR intervention is more difficult. Finally, it is different if the situation is outside the referee's visual check because it is a "missed incident". In any case, the protocol for now will not change and it is unique to everyone. Football is full of bordeline situations, for this reason the concept of total uniformity is utopia ».

What would you say to referees ready to officiate in CL KO stage with VAR?
«Always decide as it was before, without thinking about VAR. But then,  when there is a wrong assessment, what matters is to leave the field with the correct decision. First of all, we want that ».

Is Italy so important regarding VAR process, because the concept of "moviola" was born here?
«FIGC has made a vital contribution. I work in close contact with the European refereeing managers and Rizzoli. In Italy, when I was in charge of the project, IFAB protocol was just a written text: we made it a reality. Starting from the first match, Italy - France. The Dutch are the pioneers, but Italy is the reference point. In preparation to WC, a great job was done with Velasco Carballo, head of the Spanish referees. Furthermore, the collaboration with FIFA head of the referees, Collina, is optimal ».

Indeed, you took Collina's place in UEFA.
«He did an excellent job. The proposal to replace him was unexpected, a great responsibility that rewards the work done. UEFA is the top. The next goals are clear.  Ensuring refereeing quality. Working on a new generation of referees (since August 13 young referees have made their debut in the Champions League). A difficult challenge but we have ideas and vision. We need to raise the standard and we know how to do it, even with VAR ».