Who will officiate Champions and Europa League finals?

Please find below a prediction about the candidates for 2020-21 UEFA CL and EL finals. 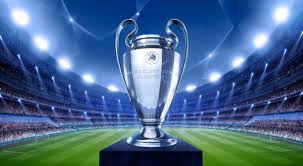 Differently from past season, this year the analysis about UEFA Champions League and Europa League final referees will not take a so long time. A few words are enough to understand that the first option by committee looks to be Antonio Mateu Lahoz (ESP), who  has been observed recently by Roberto Rosetti in a quarterfinal and he has performed well. In previous seasons, he has already had the chances to get the big call, but he was not selected by committee. Now it seems that the right time has come. In case of appointment, he will meet again Manchester City after three years, due to a previous incident occurred, but this shouldn't be considered too much. The best referee for the best game. It is also interesting to point out that a Spanish referee is missing from CL final since 2005, definitely a very long time for a so important school of refereeing. Alberto Undiano Mallenco gave an early signal for Spanish refereeing two years ago with Nations League final, and now everything speaks in favor of Mateu Lahoz for this big assignment.
Regarding Europa League final, all the clues seem in favor of Clément Turpin (FRA) who is still showing good performances and this game would be a very expected stage of his career. He has achieved the needed experience to be selected for such a honor, working year after year. This reward would be a very logical choice by committee. Small futher prediction: maybe Stéphanie Frappart will accompany him as fourth official.
So, final predictions are:
Champions League final
Referee: Antonio Mateu Lahoz (ESP)
Assistant Referee 1: Pau Cebrián Devís (ESP)
Assistant Referee 2: Roberto Díaz Pérez Del Palomar (ESP)
Fourth Official: Carlos del Cerro Grande (ESP)
Video Assistant Referee: Alejandro José Hernández Hernández (ESP)
Assistant Video Assistant Referee: Ricardo de Burgos Bengoetxea (ESP)
Europa League final
Referee: Clément Turpin (FRA)
Assistant Referee 1: Nicolas Danos (FRA)
Assistant Referee 2: Cyril Gringore (FRA)
Fourth Official: Stéphanie Frappart (FRA)
Video Assistant Referee: François Letexier (FRA)
Assistant Video Assistant Referee: Jérôme Brisard (FRA)
And you? What are your predictions for CL and EL final referees?
Posted by Chefren at 23:40