To follow, a short analysis about the selected officials for the tournaments to be played in Italy and San Marino. 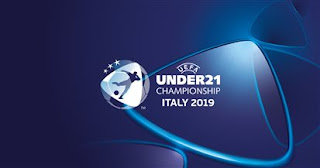 Aleksei Kulbakov (BLR)
Among the selected officials, the Belarusan is surely the first name to be considered for a promotion to Elite category. He has already gained a very great experience in Champions League, with 10 UCL Group stage games in recent seasons. It is also very particular to note that he has already attended two UEFA Youth tournaments: Under 17 in 2006 and Under 19 in 2013. It is very rare that a referee has all three UEFA Youth tournaments in his palmares, but he is not the only one, as we will read. His goal is to get promoted into Elite Category. This tournament can be the final test, even though it is already a long time that he seems to be ready.

Georgi Kabakov (BUL)
The 33 years old from Bulgaria has surely shown that he has deserved the promotion from Category 2 to Category 1. He has made CL debut on last December, after some good performances shown in the previous games. This tournament is the occasion to make experience in order to continue a very promising career at high level.. He has a long time ahead and he can develop as referee from a country that in recent times didn't manage to present a strong name among UEFA officials. He attended Under 19 in 2015 in Greece.

Orel Grinfeeld (ISR)
In a very good path in recent seasons, Grinfeeld has already officiated two CL group stage games on last year and he seems to be monitored carefully by committee for something more. Of course it is definitely early for now, and this tournament in Italy and San Marino represents a big chance for him. In case of good performances, he could convince the committee to be among the candidates, in future, for promotion to Elite Category. Further experience, however, must be gained. He has attended Under 19 in 2013.

Andris Treimanis (LVA)
An impressive development by the Latvian in recent times, and this has justified his debut in Champions League group stage. After that, a second assignment immediately followed and he can be satisfied about what he achieved. Being still so young explains how much he should have convinced committee. This tournament comes in the best moment for him and it is the best occasion to show further skills. However, he has time and future will say whether he is candidate for Elite or not. He also attended Under 19 in 2015.

Serdar Gözübüyük (NED)
The Dutch had already attended this tournament two years ago but after that he didn't manage the big step to make the debut in Champions League. He could have done that on last months, but very likely a not so good performance in Europa League didn't help him. So, as very experienced Category 1, he has just the second chance to make it, and I think committee wanted exactly to do that by calling again him at this tournament: working harder for ensuring something bigger in future. He deserves for sure a special wish. He has already attended Under 17 in 2013.

István Kovács (ROU)
The referee from Romania has confirmed himself in Category 1 and he has made his debut in Champions League group stage. As I wrote for other names, this tournament is surely the occasion to catch the attention of committee, with a relatively good experience gained so far. He has attended Under 19 in 2014. A name for the future, he can develop without pressure.

Robert Madden (SCO)
Madden was already at this tournament two years ago, in Poland, but differently from Gözübüyük, he has already managed to make the debut in Champions League. So it is difficult to understand why he was called again for this tournament. Maybe committee wants to test him more carefully. What I can point out is that he has a good experience at UEFA level, (Europa League GS debut: 2012) but his CL debut has occurred only a few months ago, so maybe under this point of view, another tournament could be the right solution to accelerate his development.

Srđan Jovanović (SRB)
A very promising referee who is waiting for his debut in CL group stage, and for sure this is the target of next months for the Serbian. This tournament will be very important for him, to develop as Category 1. He has already shown to have very good skills and he can be the "new Mažić", as it seems he is called in Serbia. He already attended Under 19 in 2017, and differently from other referees, his careeer seems to proceed very quickly.

Andreas Ekberg (SWE)
He is a referee with a big experience at UEFA Youth Level. Like Kulbakov, he has attended all three UEFA Youth tournaments, Under 17 in 2014, Under 19 in 2015 and now Under 21. He seems to be under a continuous focus by committee. He has managed to make his debut in Champions League group stage on recent months, but this tournament will be surely something very important on the road to become a very reliable Category 1 referee from a country that has a notable refereeing school.
Posted by Chefren at 12:34