2018 FIFA World Cup is coming. Just a few weeks and all fans will enjoy fantastic days of football at top level. We wish an excellent officiating. Waiting for the tournament, we want to analyze, step by step, refereeing's perspectives. First focus is dedicated to AFC. 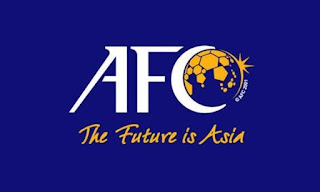 The following officials will be part of 2018 WC coming from AFC:


The first open question is about Saudi Fahad Al Mirdasi. The referee has been reported as guilty of match-fixing attempt, by asking money to a president of a team from his country, before officiating the national cup final. Following this fact, the referee has been officially banned for life by Saudi federation. What we can underline is that FIFA has not still taken an official position, after having asked for more info. Without doubts, it is now difficult to imagine that the Saudi could officiate games at WC, despite what has happened. In any case, we hope to know more about this issue, time is passing and an official statement by FIFA should follow soon. What we don't understand is the fact that after this official statement by Saudi federation, absolutely nothing has followed in terms of further infos.  So we can rule Fahad Al Mirdasi out from the list. Difficult to guess what could happen with both assistant referees who were in the same trio. Maybe they will stay at home as well, or, in alternative, they will be matched to another referee. We will see.

In terms of experience, AFC has for sure in Ravshan Irmatov the best representative. The referee from Uzbekistan, FIFA from 2003, will attend his third World Cup. In addition to that, he has also attended many other FIFA tournaments. The first experience at WC, in 2010, was amazing. The Uzbek showed more than oustanding performances, officiating 5 games: three group stage matches, a quarterfinal and a semifinal. In 2014 his participation to WC, despite of the fact that he was more experienced, was not so good like the first one. He officiated four games, but overall the level of his officiating was definitely not the same as the previous edition. In any case, he stays now as very strong name, also in terms of trust by committee.  In case of good performances, he is for sure the only name from Asia who can reach the final assignment.

Iranian Alireza Faghani is another very experienced official from the Asian continent: differently from Irmatov, he will attend his first WC as main referee. However, he was also in Brazil 4 years ago, but working only as fourth official. Indeed, at that time, he was a prospect for the future. In the recent 4 years, Faghani has impressed in the FIFA tournaments he has attended: we can mention two final assignments. He has been the man in the middle for Club World Cup in 2015 and then for Olympic tournament in 2016. He has gained a big trust by committee. His last participation to a FIFA tournament has been the Confederations Cup one year ago in Russia. In this occasion, he didn't show, according to our opinion, the same performances as the previous tournaments, but taking everything into account he is still a very reliable referee and he will get for sure good games in case of expected performances. Possible for him, without doubts, to reach KO stage.

Nawaf Shukralla from Bahrain has officiated two games at the previous WC in Brazil. He is for sure a reliable referee, but differently from the other options, we have the feeling that the trust by FIFA committee, at least before this WC, is not the same as the previously mentioned colleagues from the same confederation. What surprised us 4 years ago was the fact that he got the first game of the tournament when the group stage was about to finish. He was good and he got a second game a few days after, but we think that this time he should manage more. There is only an assistant referee from his country, but the sensation is that he will get another assistant referee, to officiate games. Difficult to see him in KO stage, this should happen only in case of very, very good performances. Basically, however, he can definitely have a better group stage than 2014.

Japanese Ryuji Sato is very likely planned to be a reserve referee, but we can't give it for sure. This will be the first World Cup, after having officiated some games at FIFA Youth tournaments in both 2015 (U20) and 2017 (U17) and a game at Olympic Tournament (2016). Toru Sagara, as already reported, will the only assistant referee from the same country. In case of appointments as main referee, we don't see him in KO stage, but for sure a good appearance in group stage can be the target.

Mohammed Abdulla Mohamed from the United Arab Emirates will be without doubts, in this case we can be quite sure, a reserve referee, with fourth-official duties. He has officiated games in two FIFA youth tournaments but nothing more than that. Like Sato, there will be only one assistant referee from his country and very likely they will work together in the appointments as fourth and fifth official respectively.

Finally, Abdulrahman Al Jassim from Qatar will carry out VAR duties as the only official from this confederation to do that.
Posted by Chefren at 18:16