The journey continues. After having analyzed the officials from AFC, now it is Africa's turn. Let's have a closer look at this confederation. 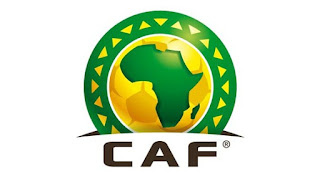 The following officials will be part of 2018 WC coming from CAF:

The referee with the biggest chances in this confederation is in my opinion Bakary Gassama from Gambia. Also in terms of experience, among the officials called from CAF, he is the only who has already attended a previous WC as main referee. In 2014, he got only one game in group stage. At that time it was a pity, because before the tournament in Brazil he had already shown to be a referee with great potential. This time for sure his World Cup will be better, including at least two games in group stage, that should be expected, if you ask us. But that's not all. In case of very good performances, we think that he could also reach at least a game in KO stage. What he had to improve (but this is for sure a common argument for all the referees who will be at WC), based on the last appearance one year ago at Confederations Cup, was VAR use. He had some problems in front of the monitor. Now, with so many meetings and a clear development thank to the experience, he should be able to manage it without any trouble. We expect a very good tournament for him. Assistant referees will be Birumushahu from Burundi and Range from Kenya, at least according to the last international FIFA assignment for them.

Zambia will be for sure a proud country, having a big name as representative at World Cup: Janny Sikazwe has indeed managed to be called for the tournament in Russia, after having shown quite good performances in FIFA tournaments. After so many years without a CAF referee handling the final of a FIFA tournament, he broke this rule by getting the final act of 2016 Club World Cup Final. This was for sure an excellent achievement for African refereeing after years and years, at least in Men's major tournaments. A good group stage is the expected target. Something more could follow, but basically this is what we think he can reach. Assistant referees: Jerson dos Santos from Angola and Zakhele Siwela from South Africa.

Ghead Grisha from Egypt will attend for the first time a WC, his final selection is surely the consequence of some good appearances in FIFA tournaments over the recent years and a very good experience at high level in CAF refereeing He attended both U20 World Cups in 2015 and 2017, and he was called for the Olympic tournament in 2016, reaching a quarterfinal. Like Sikazwe, the main target is a good group stage, then of course everything is always possible and we wish to all officials a more than good luck, in addition to good performances as well. Redouane Achik from Morocco and Waleed Ahmed from Sudan will accompany him, in what we could call a pan-Arab trio.

The only referee from CAF who will have the honor to officiate games at WC by having two countrymen at his side, wiill be Malang Diedhiou from Senegal.  Djibril Camara and El Hadj Samba will accompany him during the tournament in Russia. The Senegalese has been officially called for WC after having officiated as main referee in three FIFA tournaments in recent years: 2015 U17 World Cup, 2016 Olympic games and   2017 Club World Cup. He has also worked as VAR in some FIFA tournaments, and, differently from other referees called as main referees for this WC in Russia, he has a good experience also in this role. What he can expect is for sure to officiate at least two games in group stage, with the hope of something more in case of good achievements.

Mehdi Abid Charef  from Algeria will be very likely a reserve referee, having officiated games only in two editions of U17 World Cup, both in 2015 and 2017. He will be very likely paired with his countryman Albdelhak Etchiali who will work as fifth official in the appointments.

Bamlak Tessema Weyesa from Ethiopia will be a reserve referee as well, according to our opinion, he has attended only a FIFA tournament as main referee, in 2017. The Under 17 World Cup in India. Maybe he will have Anouar Hmila from Tunisia at his side as fifth official.

No VAR specialists from this confederation.
Posted by Chefren at 14:47