Enrique Cáceres in charge of FIFA U17 WC final

Paraguay's Enrique Cáceres has been appointed by FIFA referees committee to handle the final of 2017 Under 17 World Cup, to be played on Saturday in Kolkata between England and Spain. 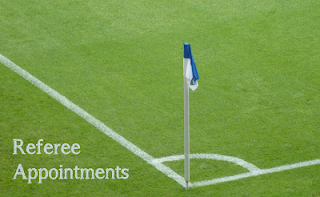 He will be assisted by his countrymen Eduardo Cardozo and Juan Zorrilla. A CAF official, Mehdi Abid Charef from Algeria, will work as fourth official.

In addition, Ricardo Montero from Costa Rica has been appointed to handle the third place game, involving Brazil and Mali.