The first contest of our "Referee of the Year", in cooperation with guesstheref.com, has ended. Danny Makkelie, with 198 points, has been elected as "Newcomer of 2018" by our readers. 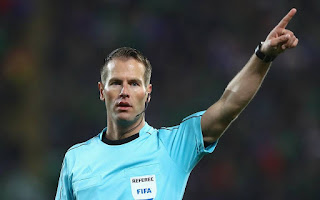 The Dutch has confirmed himself as very reliable Elite referee with consistent performances throughout the year in both 2017-18 KO stage and 2018-19 group stage, in addition he has worked as VAR during 2018 FIFA World Cup, with many assignments behind the monitor in very important games. Another experience is waiting for him as he will be in UAE for 2018 FIFA Club World Cup, still as VAR. 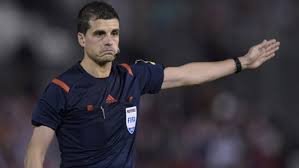 Andrés Cunha from Uruguay is the runner up with 115 points. The Uruguayan has surprised many of us by being appointed for a WC semifinal. We can definitely say that his experience in Russia has been very good and this was absolutley unexpected. In addition, he had been appointed for 2018 Copa Libertadores final second leg (Argentinian Superclásico), but the game has been postponed. For sure, a deserved achievement. 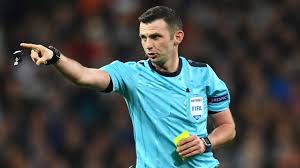 Michael Oliver is third-placed in this ranking with 103 points. The English referee, despite of many criticisms against his performance, has surely enforced his position as UEFA Elite official. Being in the middle for a very important game like Real Madrid - Juventus in CL KO stage, has been a very important signal for him, and the start of a certain path at very high level.

Meanwhile, you can continue to send your preferences. Click here: REFEREE OF THE YEAR
The next contest is about best CONMEBOL referee.
Posted by Chefren at 10:39