Referee of the Year - Clément Turpin is the Surprise of 2018

The seventh contest of our "Referee of the Year", in cooperation with guesstheref.com, has ended. According to our readers, Clément Turpin is the surprise of 2018 with 145 points. 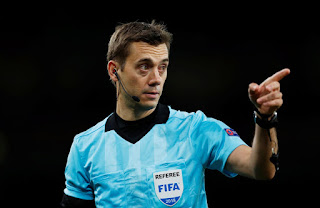 The French has surely impressed many people for his quick development as Elite referee. In recent months he has shown very solid performances leading him to work at first as fourth official in occasion of 2017-18 Champions League final, and then to be selected for World Cup. In Russia he has officiated two games. For sure a remarkable achievement, and his development at very high level, maybe this is the reason of the choice by our readers, wasn't expected so early. However, surely this could have happened later in any case. What we can point out about his games his very often the full control he exercises on players He is still relatively young (compared to other Elite referees), so he has a long FIFA career still waiting for him. 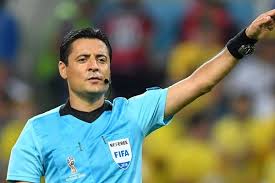 To follow, with 141 points,  Alireza Faghani from Iran. Having already talked about him in different occasions, we can surely add that for many people his exploit in 2018 has been for sure a surprise. Nobody expected an excellent World Cup, so this made his achievement even more presitgious. 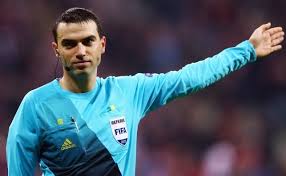 Third placed is Ovidiu Hațegan from Romania with 109 points. The Romanian did not attended major tournaments in 2018, but he has managed to be very consistent with a very long sequence of remarkable performances, he has been always very reliable and solid. He has officiated 4 games in 2018-19 Group stage, and now for sure he is a candidate for something very important on next KO stage. After having missed 2018 World Cup due to a bad performance in a play off, now for sure he has fully recovered and he is ready for the next big tournaments.

Meanwhile, you can continue to send your preferences. Click here: REFEREE OF THE YEAR
Posted by Chefren at 08:11