A further step on the road to WC 2018 is the meeting helding now in Italy for selected officials. In this occasion, FIFA will select video assistant referees who will attend the tournament in Russia. 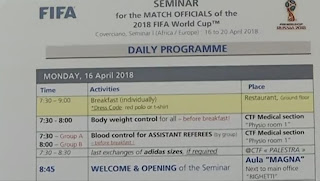 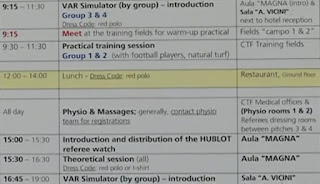 The seminar will last two weeks. On the first week (starting from Monday 16 April 2018) main trios from CAF and UEFA will participate, while on the second week (from Monday 23 April) there will be officials from AFC, CONCACAF, CONMEBOL and OFC.
Law5 - The Ref is proud to offer you the names who have been called as VAR specialists and will be tested by FIFA before the final confirmation.