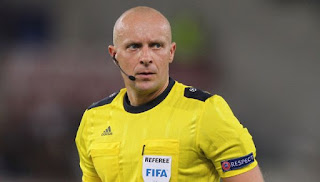 Polish referee Szymon Marciniak has been appointed to take charge of the 2018 UEFA Super Cup match between Real Madrid CF and Club Atlético de Madrid, which will be played at the Lilleküla Stadium in Tallinn, Estonia on 15 August kicking-off at 21.00CET (22.00 local time).

An international referee since 2011, Marciniak has taken charge of 58 UEFA matches. He officiated four UEFA Champions League matches in the 2017/18 season, including the round of 16 second leg encounter between Tottenham Hotspur FC and Juventus.