The heads of  world refereeing and more than thirty candidates for VAR instructors from all the confederations are attending the seminary in Spanish federation headquarters from October 1 to 5 with the VAR in the spotlight. 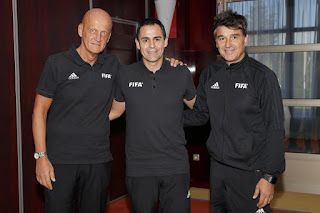 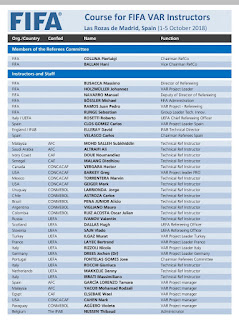 Building on the successful implementation of the Video Assistant Referee (VAR) system at the 2018 FIFA World Cup Russia™, FIFA has taken another important and historic step forward by opening the first-ever VAR instructor course.

In this course, VAR instructors will be trained in working with match officials to successfully operate VAR as well as learning how to educate and train new VAR experts within their respective member associations and confederations. This concept is part of FIFA’s and IFAB’s Implementation Assistance & Assessment Programme (IAAP).

The first FIFA VAR instructor course was officially opened today in Madrid by the chairman of FIFA’s Refereeing Committee Pierluigi Collina and FIFA’s Director of Refereeing Massimo Busacca. Among the participants are numerous referees and VAR officials, who helped implement the system at the World Cup.

During the week, the potential instructors will be provided with a detailed review on how VAR was used during the recent World Cup in Russia. In addition, they will take part in theoretical sessions about each of the four game-changing situations to which VAR applies (penalty area, goals, red cards and mistaken identity), along with hands-on exercises and VAR simulator sessions.