Official: UEFA has confirmed that Video Assistant Refereeing (VAR) will be used in this edition of Champions League starting from Round of 16

The final announcement has been made by UEFA. VAR will be used starting from CL  round of 16 on KO stage. 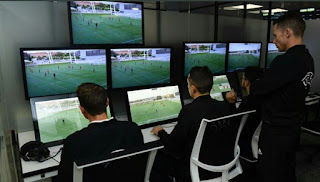 In addition, the committee decided to also use VAR at the UEFA Europa League Final 2019, in the UEFA Nations Leagues Finals 2019 and in the final tournament of the UEFA European Under-21 Championship 2019.
Posted by Chefren at 13:57