Referee of the Year - Ovidiu Hațegan is the Comeback of 2018

According to our readers who voted on guessthereferee.com, Ovidiu Hațegan from Romania is the comeback of 2018. He got 90 points. 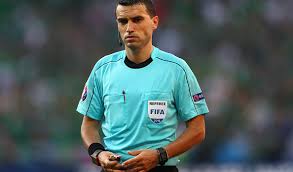 The best comeback of 2018 is the UEFA Elite referee from Arad, who managed to be back again at very top level, after a very difficult moment of his career. This was for sure the reason for which many readers voted him. On November 2017 he handled the 2018 World Cup Play Off first leg between Northern Ireland and Switzerland, in which he whistled a wrong penalty to away-team and the final outcome was affected. Before this performance, he had surely chances to be at WC, but this was a negative turning point in his international career. Despite of that, in 2018, only a few months after that game, he has absolutely recovered with many very good performances in both Champions and Europa League. He has officiated, among other games, 4 group stage matches in 2018-19 UEFA Champions League and he is now for sure candidate for something bigger and the next major tournaments. 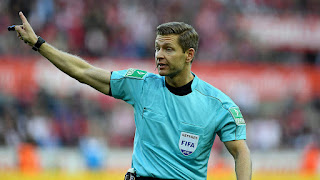 To follow, with 73 points we have as runner up Tobias Welz from Germany. Differently from Hațegan, the German referee has been out for more than a year from officiating due to a very serious injury. However, he has managed to recover and he is now again on the pitch. He has shown very convincing performances also in international competitions, with two EL group stage appearances, after the long absence. Especially the second game, PAOK - BATE, has been very good in terms of crucial decisions taken. A very solid UEFA Category 1 referee who is back in his duties. 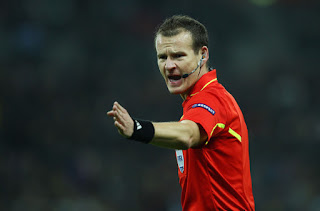 Third placed in this ranking is Pavel Královec from Czech Republic with 69 points. After a very difficult period and a poor form, the referee from Domažlice has increased the level of his performances in 2018. He has been appointed for a game in 2017-18 CL KO stage and this has been for sure a very good signal. On previous season, he had missed CL KO stage. After that, he has officiated in two 2018-19 CL group  stage games. Our opinion is that the referee has still further chances to improve, even more if we remember his assignments in 2014-15 and 2015-16 seasons.  In any case, he has surely managed to make a step ahead and of course we can only wish him to make it even better in future.

Meanwhile, you can continue to send your preferences. Click here: REFEREE OF THE YEAR
Posted by Chefren at 08:26