According to our readers who voted on guessthereferee.com, Matthew Conger from New Zealand is the best referee of 2018 for Oceanian Football Confederation. He got 293 points. 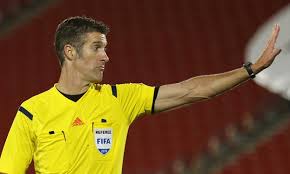 The 40 years old has been selected for his first WC, in which has officiated a group stage game, Nigeria - Iceland, and his trio has been kept until the end of the tournament. In addition, he will officiate at 2018 Club World Cup in UAE, we are still waiting for his first game. For sure, the most successful OFC referee in 2018. 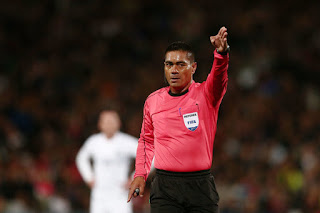 To follow, with 215 points,  Norbert Hauata from Tahiti. Russia 2018 has been his second WC after the experience made in Brazil 4 years ago. The referee from French Polynesia has worked in both occasions as fourth official, but surely he has managed to be at top level regarding international stages for OFC. In addition, he has officiated the second leg of 2018 OFC Champions League final. 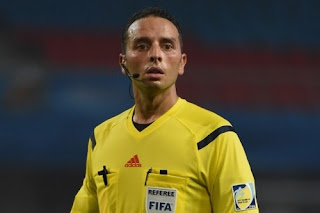 Third placed is Abdelkader Zitouni from Tahiti with 109 points. He hasn't managed to be selected for World Cup after having been included in the preselection, but surely he has confirmed himself at high level in his confederation by officiating the first leg of 2018 OFC Champions League final.

Meanwhile, you can continue to send your preferences. Click here: REFEREE OF THE YEAR
Posted by Chefren at 10:01