Here the results of the fourth contest of our "Referee of the Year", in cooperation with guesstheref.com. Malang Diedhiou from Senegal has been elected as best CAF official in 2018 with 357 points. 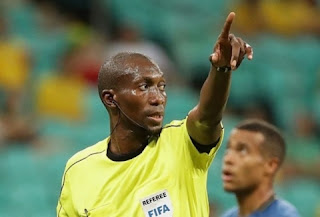 The referee from Senegal has been appointed for 2018 World Cup as last tournament in his career. For sure, before the start of the competition, he was not on the spotlights. This doesn't mean that we didn't expect so much by him, but surely what he achieved in Russia has been something very remarkable. He has officiated two group stage games and then he has also been assigned to a KO match, the round of 16 tie between Belgium and Japan. He has ended his career being clearly the best CAF official at 2018 WC and that's a deserved achievement. 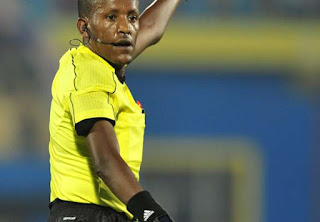 To follow, as runner up, Bamlak Thessema Weyesa from Ethiopia with 218 points. He has worked only as reserve during World Cup 2018, but he has taken the scene by officiating the 2018 CAF Champions League final, second leg, after a very controversial performance by the referee who had been appointed for first leg. An excellent show from the Ethiopian, and this has led him to be under the spotlights, receiving many congratulations for his performance. In addition, he is for sure the name of the future for CAF  in FIFA stages and he will officiate at 2018 CWC, with a big chance to be called for 2022 WC. 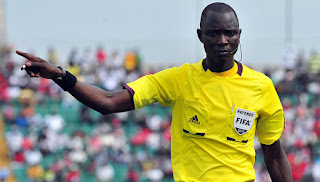 Third placed is Bakary Gassama with 211 points, a referee who has been always in the forefront regarding CAF officiating. Very likely this time his WC has been not so good as one could have expected, but he is still surely recognized as one of the best African officials with a big experience and with chance to officiate on next WC as well. At CAF level, he has achieved many Champions League final assignments and he wants to go on in this way. For sure, a strong name in any case for Africa.

Meanwhile, you can continue to send your preferences. Click here: REFEREE OF THE YEAR
The next contest is about best 2018 WC performer.
Posted by Chefren at 13:50