According to some sources, Swedish Elite referee Jonas Eriksson will retire after having officiated the friendly game between Iceland and Norway, to be played on next Saturday. 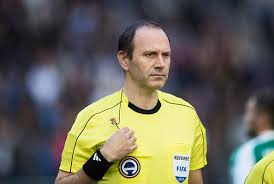 It is reported that the Swedish has lost his motivations and he has been disappointed by both UEFA and FIFA. In a interview, he has stated that there is  nepotism and transparency is missing.