After having analyzed AFC and CAF officials who will be at World Cup, now it is CONCACAF turn: the confederation of  North, Central America and Caribbean. 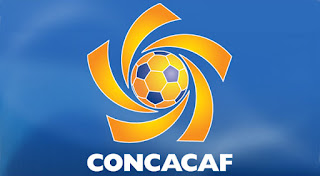 The following officials will be part of 2018 WC coming from CONCACAF:

The big name in this confederation is for sure Mark Geiger. The referee from USA has a big trust by FIFA committee, in addition to a very great experience. He will attend his second World Cup, after having been in Brazil in 2014. He has attended many FIFA tournaments, including the final of FIFA U20 World Cup in 2011. He has always convinced with more than good performances. According to our opinion, given also that in Brazil 4 years ago he got a Round of 16 game at his first participation, he is a name to be considered for the final. It will depend, of course, on the quality of his performances, but basically he is among the most experienced and trusted referees, among the ones outside Europe. Joe Fletcher from Canada will be at his side, as well as Frank Anderson from USA.

The second referee in terms of experience is Joel Aguilar from El Salvador. He will be at his second World Cup as main referee, after having appearead only as reserve referee 8 years ago in South Africa. Despite of this bigger experience than Geiger as referee in FIFA tournaments, he seems to be managed differently by committee, in terms of appointments. After having offciated two group stage games in Brazil, now we could expect him in a KO game, maybe a Round of 16, but at moment it is difficult to think he could get more. He will attend this tournament with an assistant referee from a different country (USA), because his countryman William Torres has failed the physical tests. Corey Rockwell from USA will very likely replace him.

Mexican César Ramos has gained a big trust by FIFA Referees Committee in recent years. Until a few seasons ago, after the third World Cup  in a row with Marco Rodríguez as Mexican representative, Roberto García Orozco was still waiting for his call. This never happened and suddenly he was replaced by Ramos as Mexican referee for 2018 World Cup. He has attended many FIFA tournaments in recent years, 2016 Olympic tournament, 2017 Under 20 World Cup and 2017 Club World Cup, culminating in the final appointment. This is a very good ticket for WC 2018 for a referee who is still quite young (35 years old) but very experienced.  Two assistant referees from Mexico will accompany him. In case of good performances, we think we could see him in KO stage, maybe a round of 16 game, given also the big trust by committee.

Jair Marrufo from USA should be a reserve referee. It is interesting to point out that he could have been easily listed as VAR specialist, because coming from a country with VAR. It is strange that he appears among the main referees, given that he shouldn't handle games. We will see, however our prediction is that he could work as VAR as well.

John Pitti from Panama and Ricardo Montero from Costa Rica will be reserve referees. They both have a paired assistant referee from their respective countries.

No VAR specialists from a confederation in which VAR is used, and that's quite particular.
Posted by Chefren at 15:58