UEFA's most prestigious youth competition took place this summer in Italy and San Marino, giving some of Europe's most talented young players a chance to shine and a further step in their careers.

This could easily be analogised to each of the nine referee trios and seven VAR duos whom UEFA appointed to officiate the twenty-one matches taking place over the place of a hectical fortnight in sometimes searing hot conditions.

As we can be used to in this competition since many editions, besides one or the other exception, the competition was well refereed by some of Europe's most promising future Elite referees.

In cooperation with our user Mhmd S. AlKhalifi we would like to present a detailed analysis of the refereeing at Under-21 EURO 2019. 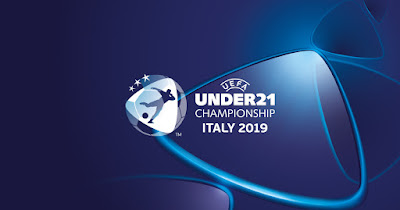 Just click on each of the referees in order to see a detailed review of the matches they handled in the competition.

On behalf of the blog, we would like to say a huge thank you to Mhmd S. AlKhalifi for his amazing work!
Posted by Mikael W at 16:21