The Slovenian Elite referee, after a very long injury, has decided to retire from refereeing, starting a different adventure in football. 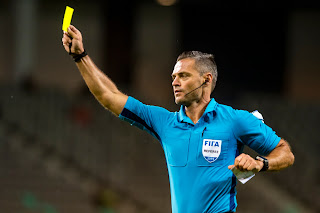 The most successful Slovenian football referee Damir Skomina has announced during a today's press conference at NNC Brdo that  his refereeing career is over.

Skomina started in 1992, and made his debut at the Primorska League match between Rakek and Korta, and in April 2000  in the 1st Slovenian football league  in the match between Beltinci and Primorje.

In October 2008, after six years on the international list and in his seventeenth refereeing season, he got for the first time the chance to hear the Uefa Champions League anthem, by officiating a game in the competition. In the same year, he also became the first Slovenian at the Olympic Games, while at the 2008 European Championships he was fourth official.

In 2018, he also made his debut at the WC, which was a new historical milestone for Slovenian refereeing in general. And then the crown of his career, the Uefa Champions League final 2019 between Liverpool and Tottenham.

Damir Skomina's success should be a challenge to many young referees who follow in his footsteps. He was in the middle for hundreds of domestic and international matches, most of them in the 1st Slovenian football league, where he refereed 354 matches. He ended his field career last November: in a match between home team Brugge and Borussia Dortmund, he was forced into retirement by an injury. It was also his only match in his long career that he ended prematurely.

The article on Slovenian Football Federation:

KARIERA DAMIRJA SKOMINE
Thank you Damir for everything you gave to football!
Posted by Chefren at 12:55

UEFA Referee Categories for the first part of 2021-22 Season.