Spanish Juan Martínez Munuera will be in charge of the final act of 2018 UEFA Under-19 Championship, to be played on 29 July between Italy and Portugal. 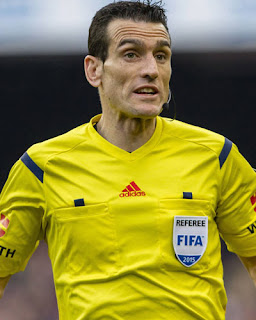 The 36 years old from Benidorm, UEFA Category 2 refere, will be assisted by Swedish Joakim Amri Nilsson as AR1 and Iceland's Bryngeir Valdimarsson as AR2. Bartosz Frankowski from Poland will work as fourth official. The crew will be observed by UEFA Referee Committee member Nikolay Levnikov.