After the interview with Salima Mukansanga, Petra Tabarelli  presents the six female officials who will be in Qatar for Men's World Cup. 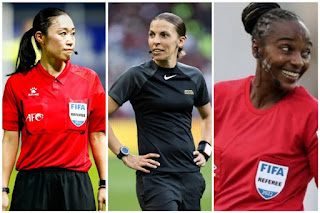 Article by Petra Tabarelli.
Petra Tabarelli is a football historian, author and expert on the history of football rules. She works as a consultant for The IFAB and writes for the DFB's referee magazine et al. Since summer, she is blogging in English on Football-history.info. Also, she is an expert for the history and present of female referees at a high level and a founding member of the award-winning German-language podcast FRUEF (German acronym for "Women talking about Football").

The border is crumbling

Football is a simple game. Twenty-two men chase a ball for 90 minutes ... or women's in women's football, of course.
Not only is football not always called football, it is also largely divided into two genders: Men are active in men's football, women are active in women's football. Slowly, however, the tide is turning in men's football and more and more women are also represented in men's football. By the end of 2022, they will even be on the big stage.
We are of course talking about female referees in men's football in the World Cup in Qatar in November/December 2022, a first at this level.
FIFA, which has already appointed female referees for the 2021 FIFA Club World Cup in Qatar and for some men's World Cup qualifiers, is setting a good example.
From all over the world
The six women come from (almost) all continental associations. Only the Oceanian Confederation (OFC) is not represented by a female referee, but the North/Central American CONCACAF is represented by two women.
The nominees are
:
•Asia (AFC): Yoshimi Yamashita (referee, Japan) 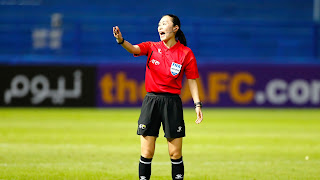 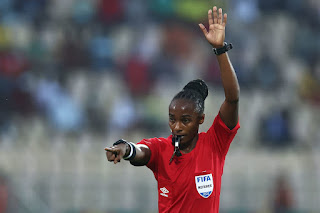 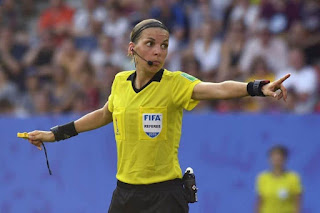 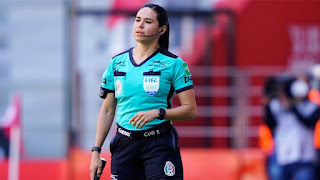 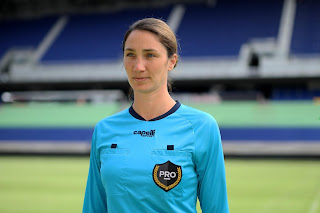 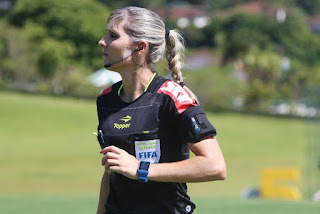 Most of the women are professional match officials who are able to make a living through their work as referees. Exceptions are Stéphanie Frappart from France, and Karen Díaz Medina from Mexico.
Japanese referee Yoshimi Yamashita became a professional referee at short notice in the summer of 2022 after and probably as a result of her nomination as a men's World Cup referee. However, she has refereed matches in the AFC Champions League before, including in May 2019 with two other Japanese women.
They have all already made history. Nationally...
Although she has already refereed men's matches in the Champions League, Yamashita was not promoted to the J2 League (second division) until the 2022/23 season - and then directly again. Probably in view of her participation in the World Cup, she was promoted without much fanfare in September 2022 for a match in the highest division of Japanese men's football, the J1. She was previously the only person not still officiating in her country's first men's division.
•2009: Neuza Back in Serie A (BRA)
•2015: Kathryn Nesbitt in the MLS league (USA)
•2016: Karen Díaz Medina in Liga MX (MEX)
•2018: Salima Mukansanga in National Football League (RWA)
•2019: Stéphanie Frappart in Ligue 1 (FRA)•2022: Yoshimi Yamashita in J1 (JPN)
... as internationally
But all six women have also made history internationally.For example, of the six women appointed in Champions League matches for their continental association (Frappart, Nesbitt, Yamashita), Neuza Back has also been on the sidelines at the FIFA Club World Cup.
They were added to the FIFA roster between 2009 and 2018.
In the World Cup qualifier, Frappart, Díaz Medina and Nesbitt were appointed to World Cup qualifier matches. Frappart was the first female referee on 27 March 2021, while Díaz Medina was the first female assistant referee on 24 March 2021, making her the first ever female match official at a World Cup qualifier - along with countrywoman Francia González as an assistant in a parallel match.
Mukansanga also refereed the 2022 Africa Cup of Nations, while Frappart was a 4th official at Euro 2021. Nesbitt and Frappart have experience in the UEFA Nations League and Concacaf League respectively, Nesbitt even as an assistant in the final match.
How did they get into football and refereeing?
Most of them played football and other sports as teenagers. Salima Mukansanga wanted to become a professional basketball player as a teenager.
Their professional training, on the other hand, is very diverse: from teacher to nurse, agricultural technician, chemistry professor to sports scientist. (Unfortunately, I do not know what education Neuza Back had).
Her path into refereeing-if known-is also different. Yamashita met Makoto Bozono at college, who got her interested in refereeing (the two women and Naomi Teshirogi were appointed for the all-female match in the AFC CL in May 2019).
Mukansanga did the training in her last year at school and Frappart was already a player and referee at the same time for six or seven years as a teenager before she decided on one. Díaz Medina, on the other hand, became a referee almost by accident: she worked in the coffee shop of a sports centre. The referee didn't turn up for a football match and she stood in for him. She liked it so much that she did the referee training to earn some money on the side. And now they are one of the first of their kind.
Hopefully: It will not to be their last men’s World Cup
All six women are in their 30s, so they can be around for at least one more men's World Cup. Who knows, maybe one of the participating teams will even have a woman on the bench then?
In any case, Pierluigi Collina was already very open to female referees: "I would hope that in the future, the selection of elite women's match officials for important men's competitions will be preceived as something normal and no longer as sensational."
However, I predict that this will take some time. Because as long as there is only one female referee from time to time, it will not become normality. Take the UEFA Champions League and Stéphanie Frappart, for example: how much the world cheered at the significance of a woman being appointed to such a pregnant competition. Who doesn't remember Kate Abdo's "2020 is the year it matters to be a girl dad" that went viral? Frappart has been praised for her game leadership by teams and colleagues alike... but so far it's just a flash in the pan that is increasingly taking on the flavour of a PR strategy.
An appeal
Football, the last bastion of pure masculinity - long since dilapidated. A dam that already has countless cracks through which the water runs. Football is turning from a place of masculinity into a motor for gender equality. Because the same rules apply, the same values, it's the same fields and changing rooms. Football is football - it has an influence on society and vice versa.
A hot tip: Promote women and do it without thinking about PR in the back of your mind. (Then you also get good karma for free.)
FIFA, CAF and CONCACAF are showing the other continental associations how quickly it can really be history that female referees make history. And then, only then, will it be in everyone's minds that football is football and a referee is a referee - regardless of gender identity.
Salima Mukansanga interview
From the same author, you can read an interesting interview with Salima Mukansanga, one of the six female referees at World Cup in Qatar:
Exclusive Interview: World Cup Referee Salima Mukansanga
Posted by Chefren at 09:39

UEFA Referee Categories for the second part of 2022-23 Season.