Collina: "Too many mistakes, but we are not against VAR"

Pierluigi Collina has released an exclusive interview to Italian PAY TV Sky Sport.  Law 5 The Ref wants to highlight the most interesting points. 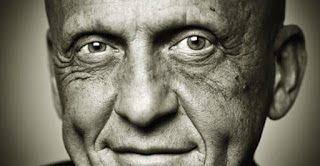 Michael Oliver and the penalty in Real Madrid - Juventus.

People who know how VAR works have also clear that it couldn't be used for the penalty in  Real Madrid -Juventus. Criticisms against me? Never a pleasure, but they must be accepted, the important thing is that they are not personal and that everything has a limit. Oliver an inexperienced referee? The choices are based on facts, Oliver has 199 Premier League games like Manchester City-Manchester United, Chelsea-Arsenal, and so on. Therefore, I do not think you can define "inexperienced" a referee with this type of background. Surely in these last seasons we have lost a certain number of referees in terms of big experience, like Clattenburg, Rizzoli, Velasco; others will be lost in the next seasons for a matter of age. We are working for producing new referees, perhaps less known, but surely with the quality to officiate certain matches.

Too many mistakes in the last season.
We have closed the season with two finals, Europa League and Champions, both with very good officiating. Extending the evaluation to the entire season, we can say that it was a bit "below our expectations", which certainly were higher. Before 2017/18, we were coming from some good seasons, starting from Euro 2016, for sure a tournament with a high-level of officiating. This was recognized by many people. In a season mistakes are physiological, but it is clear that when the number of errors rises a bit and becomes high, it means that something has not gone the right way. And that's what happened. We use tools and advanced methodologies that are certainly at the forefront regarding the preparation of referees, but we will try even to improve: work is the only way I know to get results.

VAR in European competitions?
UEFA president  has always said that in order to ensure a good development of Champions League, it is necessary to start using this technology when it is certain that it is fully working. There are some problems that are not well known, not only about the refereeing aspect. This must be solved, before making a big step. For example, the first concern is about  UEFA's policy regarding the choice of a provider: there are several companies that provide this technology, but UEFA can not choose one, a procurement must be done before. And all this takes time. The competitions that have used VAR so far had only one broadcaster, like FIFA. Instead, Champions League is played in 18-20 different countries with many different broadcasters, so you need to have an agreement with each of them. Moreover there is a problem related to the referees, because one thing is to prepare them for a national competition, another is to do that for international games. FIFA has already spent a quite long time, from autumn 2016, to prepare the referees for the World Cup . Another thing to be taken into account is to prepare referees who have different backgrounds, origins and habits.