We continue to analyze how it could be refereeing at next WC in Russia. It is now time to talk about CONMEBOL, the South-American confederation. 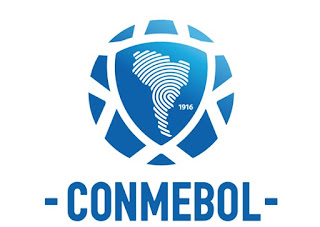 The following officials will be part of 2018 WC coming from CONMEBOL:


The first thing we can notice about CONMEBOL is the fact that, along with UEFA, it will be a confederation with all main trios, with two specific assistant referees from the same country of each selected referee. This, on the paper, could mean that all 6 trios selected will get games, but of course we can't be 100% sure about that. In any case, there is room for discussion, let's try to analyze more closely all the officials.

Néstor Pitana from Argentina catches our attention as first option from this confederation. The referee has already attended a previous World Cup, in 2014, in which he has shown more than good performances, reaching, after having officiated 3 group stage-games, a quarterfinal, the sonorous clash bewtween France and Germany. In addition to that, in the subsequent years he has also managed to develop at international level with several FIFA tournaments. He is for sure a big name under the eyes of FIFA Referees Committee and, if everything will go in the right way for him, no doubts that he will be a candidate for the final.

Brazilian Sandro Ricci will be at this second WC, as well, after having appeared in this tournament for the first time in his country 4 years ago. A roud of 16 game between Germany and Algeria was his last match. Like Pitana, he has attended also other FIFA tournaments, and he has gained further experience, being trusted by committee. He has managed to be appointed in very important games during CONMEBOL qualifiers for WC 2018. Maybe he is just a small step behind the man from Argentina, but for sure another safe pair of hands as well under the eyes of committee. KO stage is expected, according to our opinion he could reach a quarterfinal or maybe even a semifinal.

The third name to be mentioned is for sure Wilmar Roldán from Colombia. The referee has a trust by comittee, but differently from the aforementioned names, at least according to our opinion, he has never fully managed to convince us. His performances at 2014 WC have been definitely unlucky, mostly due to his assistant referee faults, but very often he also have the impression to be not so calm while officiating games. That's of course only our feeling and we strongly wish that this World Cup will remove forever our doubts. Given the consideration by committee, he can reach KO stage, but as for now in our opinion it is difficult to see him after Round of 16. So maybe this could be the main target.

Enrique Cáceres will be among the oldest referee at 2018 World Cup. 1974 born, he will attend his first World Cup, very likely as main referee. So, despite of a more than great experience at international level, he is missing in something that would have helped him in getting more trust: the experience in FIFA tournaments. He is in any case a very reliable referee and he has attended three FIFA tournaments in the recent three years, two U17 World Cups (2015, 2017) and a Club World Cup (2016). Basically, he should get two games in group stage. KO stage is difficult, but not impossible. Of course, let's remember, in any case, performances will talk.

Andrés Cunha (URU) and Julio Bascuñán (CHI) are the least experienced referees in terms of FIFA tournaments, among the ones selected from CONMEBOL. They have bot attended only one FIFA tournament as prepation for this World Cup, as main referees: 2017 U20 World Cup in South Korea. The referee from Uruguay has handled 3 games, while Bascuñán has appeard in only 2 matches. So, merely based on that it would be difficult to think that they will officiate games, but given that everything is possible, we can't exclude this possibility. However, basically we tend to think that they will work both as reserve referees, despite of the fact that they have both their assistant referees. In case of appearance as main referees, it looks quite sure, they shouldn't officiate after the group stage.

CONMEBOL will be also represented by three VAR officials: Sampaio (BRA), Vargas (BOL), Vigliano (ARG). We are allowed to think that Sampaio will be main VAR for all Ricci's games, while Vigliano will do the same for Pitana.
Posted by Chefren at 19:53