The fifth step of our analysis is represented by OFC - The Oceanian Football Confederation. Let's take a closer look at the officiating at 2018 WC from this zone. 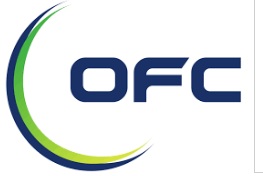 The following officials will be part of 2018 WC coming from OFC:

We have two referees and three assistant referees from OFC. This very likely means that one official will work as main referee on the pitch with his assistant referees, while the other referee will work with only one assistant referee, as reserve. Based on the appointments and the appearances on previous FIFA tournaments in recent times, we can say for sure that Matthew Conger from New Zealand will officiate games. He should be accompanied by his countryman Simon Lount and by Tevita Makasini from Tonga. The latter is a very experienced OFC assistant referee. Conger will be at his first world cup, He has attended two Under 20 World Cup in both 2015 and 2017, two Club World Cup editions in the same years and also Olympic tournament in 2016. The big dream of OFC men's officiating at WC is to make "the big jump" in KO stage, but this remains as very difficult. We think that the referee from New Zealand will officiate basically two games in group stage.

Norbert Hauata from Tahiti (French Polynesia) was already at 2014 WC in Brazil, but he was only reserve. He should perform the same duty in Russia: in recent times FIFA appointed him as main referee in only one game, France - Vietnam, during 2017 U20 World Cup. Definitely not enough in order to have more ambitions. He will be very likely  accompanied in fourth official's duties by Bertrand Brial from New Caledonia as fifth official.

No VAR specialists from this confederation.
Posted by Chefren at 16:16